I went to my first Meredith music festival this weekend. It began with an arduous all-pack, a caravan of three cars, a midnight road trip, arrived around 3am all hepped up on caffeine and delirium...queued up some 30 cars back from the entrance and waited for the sun.

I saw great things, great people, highly charged music...the atmosphere and tumult...festival lives and crazy adventure -- the youths and the rest of us intermingled in a celebration of life, love and creativity... I don't know how else to say it.

I found a Meredith wife. We ran around like 18 year old kids. Blissing on the mania --
Pulled into the crowd on Friday night for Explosions In The sky. Somehow she moved us seamlessly through the throng into the perfect position in the middle of the Supernatural Amphitheatre. Lit by sunset, an o'erhanging firmament of thick clouds set against deep blue sky, Flanked by trees, grass and coloured lights -- an intense atmosphere that made you forget everything else.

My Meredith wife and I swooned by the music became elated. We watched for a while and then began a dialogue that heaved along with the brilliant music of EITS. We spoke in frenetic meter of many things, music, books, life and death. We danced through the throng heaved wistful and long, carnival passion long dip-diddy done-done --I lived a thousand lives before I met her..
before the conversation ended. To connect with another human being ushered by the high form of Meredith-- Dont sink me I thought. Dont let this moment end and it didnt really but dove and ducked and dived alive beyond all recognition -- the dance of humanity the romance of recognising yourself in someone else. Being understood, understand? We took the Ferris wheel twice, had an 80's dance off, searched for drugs in Top Camp whilst the lunar eclipse darkened, tripped on guy ropes, ran arm in arm laughed laughed laughed laughed

-- swaying trees with no need of us but vibrating to the music, feeding on the energy. Our symbiosis. It all connected and for once I felt totally alive. Totally free. Jubilant connection with the people, our people and all people for this is a festival of the mind in which the human condition is elevated to sparkling resonance --- and we can never be the same...

The rain came on Saturday night -- we met again, whirled around searching feverishly for life
As much to move through the heaving mass of bodies, chatter everywhere the song of the trees harmonic night...revelry...symposium...I just cant put the words in play to say--

I had a revelatory experience with my friends and my Meredith wife. Satorial. I learnt many things, not least of which to remember. Remember Den? To love my time and embrace the moment. My Meredith wife helped me with that the most. Finally we spent a cold wet night together. There was nothing tawdry or sexual between us beyond the intermingled connection of our souls, this is to say this was no one-night stand, for we lay close but had no fear of each
other...pure innocent companionship. It was one of the best nights of my life and sorely needed after a year of being out of sync in my head and with just about everything and everyone and wondering if my inner spark had finally puffed-out since Max died and my relationship died and friendships that came and went in the night like snatched up memory torn out in midnight operation that I didn't consent to and the stupidity of youth played out again in my life somewhere past youth and still re-learning lessons I thought I'd passed and passed through. To be brought back to such a reckoning...again and again...in a groundhog day without Bill Murray to give you the courage to laugh at it and the surreal back hander that life can be when you charge with your heart and not your head...although I will always shield-up with my heart --hard wired romantic dreamer...I thought I had gamness and I do...I do...
but I forgot, not what to do but how to do it--

My Meredith wife reminded me of this, probably will never know how she helped me and I wish we could spend weightless years in that bush together, in the park, up in the sky on wheel overlooking the ravine and the Supernatural Ampitheatre melting into the foreground, in the tent hiding from the cold and rain, under the sheet warmth --- running, hugging arm-in-arm laughing like fresh teenagers, laughing about how much we were laughing.

The Californian punk band Off inspired me to leap into the moshpit for the first time in years -- felt the love of my brothers & sisters --their sheer exuberance -- thrashing around with those marvelous kids, who smashed into each not to hurt but to emote and emote and wrote this sitting looking back trying to 10% my way back there. Force open a window in time so I could small way share this with you.
You.
Future of the Left wrought tight power and nostalgia in me for Mclusky even though I had to assure H that we indeed were not "all going straight to hell" And I feel I should evoke more of the music but I cant move past my connection with her...my Meredith wife who asked me if I could be part of her life after this. I said we'd try but who knows right? We have separate lives that run in parallel and as you get older it seems harder to force the streams together, to close the gap for long enough to forge bonds...but we have a bond now and I will try and I hope she will try and maybe with a dual try...we will defy the trend of single serving festival friends. The orgiastic future that F.Scott's its way year by year before us -- it eluded us then, but that's no matter, for tomorrow we will beat on -- I hope so because I love my Meredith wife and I'd love to be her friend.


Post Script: I took my SLR and had my phone camera but forgot to shoot. I took two photos on the Thursday night and attempted one photo in the festival which was of two butterflies mating in our camp. I reached up and back, trying not to disturb them and mashed the photo but the accidental art --the conjunction of objects...well there it is. 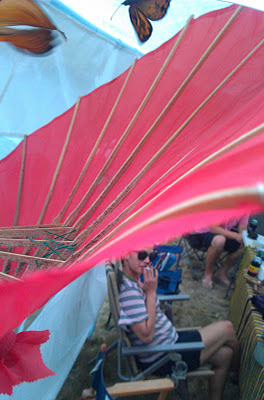 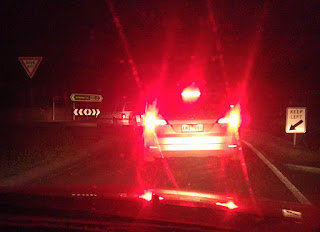 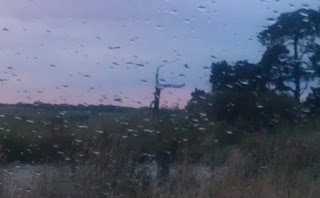 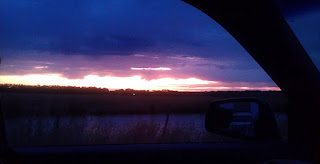